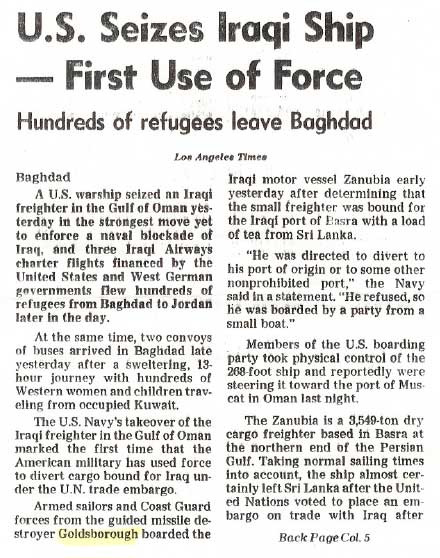 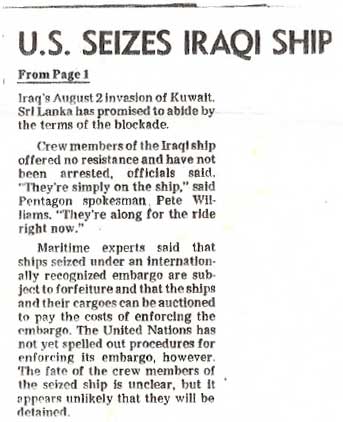 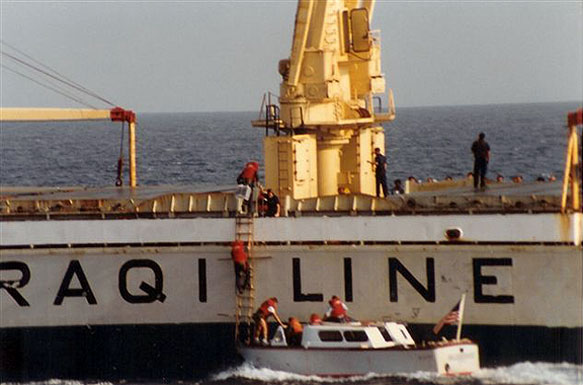 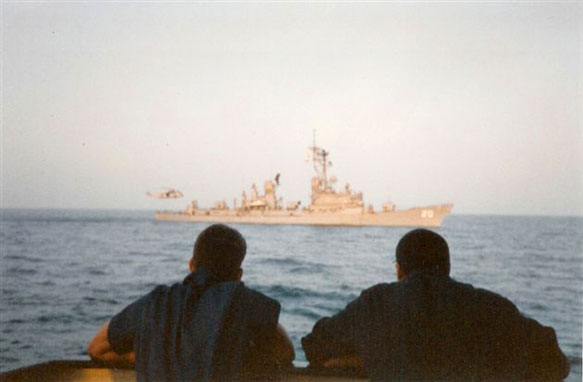 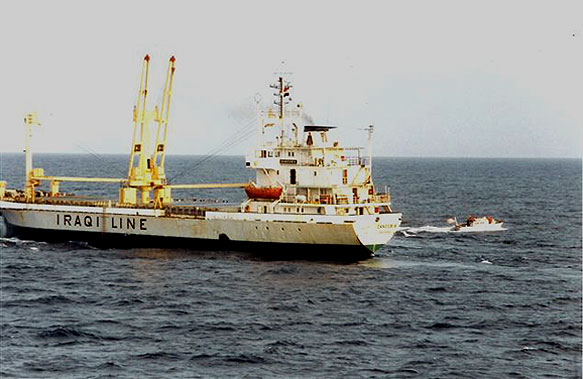 In 1990 GOLDSBOROUGH operated with the multinational Maritime Interdiction Force (MIF) in the Red Sea and North Arabian Sea during Operation Desert SHIELD/STORM. The coalition’s naval effort to shut off Iraq’s commerce assured there would be no re-supply of war goods for the Iraqi army and no outflow of oil to supply Iraq with hard currency. Though not always an exciting mission that grabbed newspaper headlines, it proved highly effective in keeping pressure on Saddam Hussein while solidifying the international coalition.